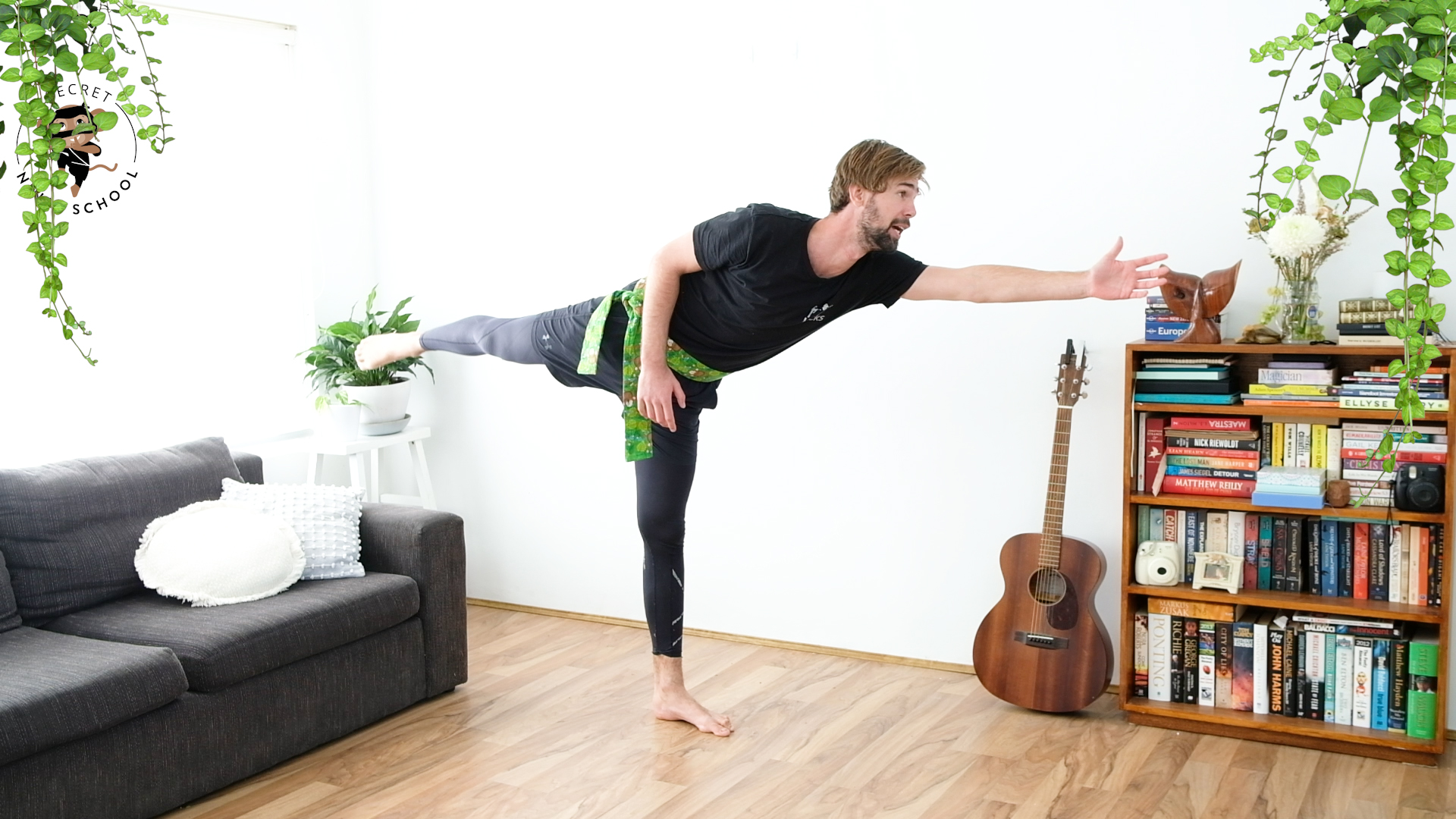 All the fish are on the beach!

How could the fish have ended up on the beach?

It's not what you think!

After taking the fish back into the ocean, we visited the King Fish to find out what was happening.

He said that the shark named James had been scaring the fish out of the water!

A core focused session, we moved like a jellyfish on our back to the shark's home at the bottom of the ocean. The jellyfish got in the way, which was an opportunity to practice random leg movements on our backs - great for core control!

The coordination of our Ninjas was also tested as we learned a new move called 'shrimping'.

Once we made it to the shark (2-minutes of plank-swimming later) we found out he had a hook in his fin. So we pulled it out for him. That's why he was angry!

The Secret Ninja School remains open this week to help Victorians in lock down.

We open the doors to new members once a fortnight. This gives the team time to take care of our existing members, help improve their experience and ultimately have more fun exercising. We've extended our opening times so that teachers and parents can make use of the sessions during lock down!

The Secret Ninja School runs 10-minute online adventure/workouts that will help your 3-7yo develop critical movement skills. Your Ninja will follow a movement story and are encouraged to continue the story lines in their physical play later on, giving them the tools to expand their 'physical vocabulary'. It's $9 per month and there's heaps of episodes on your child's favourite topics, from dinosaurs to space, fairies and pyramids.